You can play the following:
https://www.youtube.com/watch?v=u7XIL67QSME
or sing along with these lyrics…
http://www.metrolyrics.com/marrakesh-express-lyrics-crosby-stills-nash.html

I took my boys to northern Africa last night, and it was a great culinary journey. I researched the entrées, sides, and desserts from the region, and I ended up combining several. Morocco seemed to have the most choices. Algeria, of course, had a slight French infusion, and I couldn’t find a lot from Libya. Tunisia and Egypt had many different ethnic groups in their cuisine. So, after reading about the foods of the regions, I decided on the following. (Please excuse the quality of the photos. I was rushing to get the dishes on the table and didn’t spend enough time centering and focusing.) 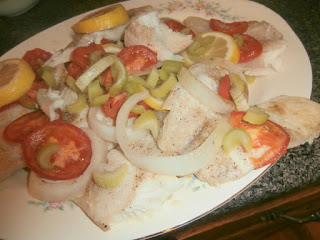 First was the main dish, which was from the sea. I used tilapia, which isn’t a great flavored fish, but it fit with the region. I had planned to make them en papillote, which means steaming them in the oven in parchment paper wrappers. However, doing it one-handed would have been difficult, and if I tried to teach my husband, I’d be exhausted. So, I steamed them all together in aluminum on a baking sheet. I covered the filets with sliced onions, lemon slices, plum tomatoes, celery, cumin, thyme (next time, I’ll leave this out,) ginger, salt, and pepper. I covered it all in the aluminum and baked it at 350° for a half hour. 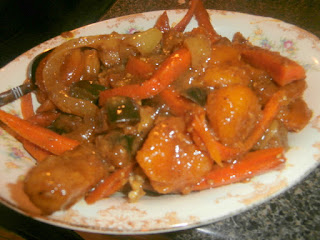 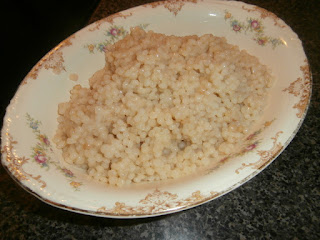 I made couscous in chicken broth, too. For dessert we had orange cake with a glaze. I had a lot leftover so I could send home doggie bags. The boys really liked it, and surprise – so did my husband. This is another meal that will be repeated. 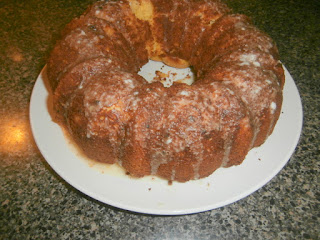 Now you can listen to Toto, even though that area of the continent has a totally different kind of cuisine.
https://www.youtube.com/watch?v=FTQbiNvZqaY