Another batch of meaningless nonsense!

Weather:  We’re still sizzling here, which means I’m staying inside. We’re due for cooler temps by Monday, and I can’t wait. Debbie * said that her doctor told her that just one-degree rise in our temperatures can bring on symptoms which last for twenty-four hours. I’m convinced that it’s true. Once I get overheated, I stay shaky and lethargic even when I get back to the AC. I shouldn’t complain, though, because those poor people in TX really have it bad with all those floods. I’m grateful for little gifts!

Program:  Did anyone watch “500 Questions?” It was a quiz show on ABC that ran for seven days. My husband didn’t enjoy it, but I did. I like anything that forces me to think, and this show really did. I can see it becoming a regular program, and I’d definitely watch it. In a way, it’s harder than Jeopardy, but I still like competing with the ‘geniuses!’

Baking and Cooking: My Wednesday night dinner was quite good, even though my boys couldn’t come. The pork shoulder [aka Boston Butt] simmered with onion and garlic in the slow cooker for over nine hours, and the meat just fell apart. My husband mixed his with BBQ sauce, and I just used the juices from the pot for mine. We served it on Kaiser rolls, and it was delicious. The watermelon salad had arugula, mint, jalapeño peppers [optional], citrus zest and juice, and feta cheese. It’s really good.
Today, I’ll be baking chocolate chip bars and blondies. Both are easy, and I’ll take   them as dessert to Sunday’s reception. Originally I thought I’d make lemon squares, but it may be too warm to travel with them.

Sleep Deprivation: I’m finding that if I don’t get enough sleep, I really suffer. Not only does the MS ramp up, but I get almost delirious! I was that way this week. It can only be described as being awake, but feeling as if I’m in a dream. It’s scary. Last night was good, and I really slept well.

Sad:  My SIL’s mother took quite ill very suddenly, and now she may have spinal tumors. More tests will confirm/deny the diagnosis, but if it’s there, the prognosis isn’t good. My SIL’s stepfather has dementia, and now his chief caregiver may not be able to help him. It’s a sad situation.

I’ll have something about Books/TV next time. Have a good weekend!

Peace,
Muff
I’ll leave you with some pix of the little guy! 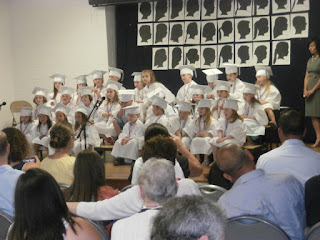 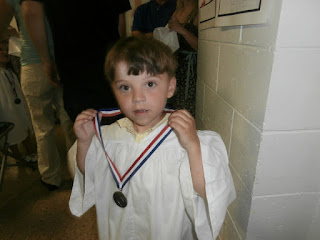